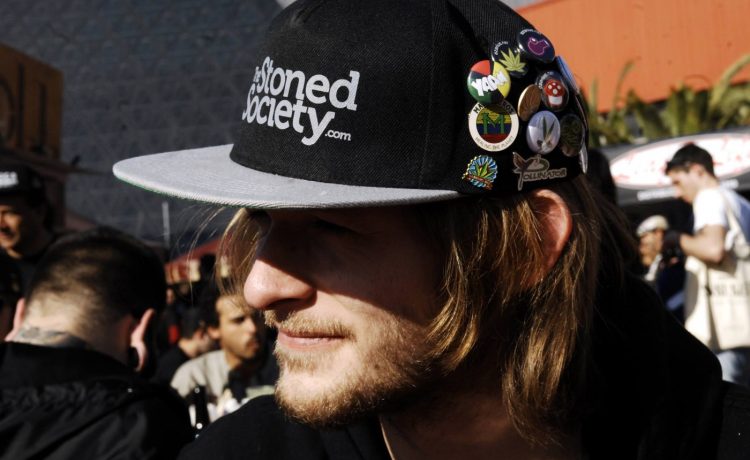 All things come to an end. The same goes for The Stoned Society website. At least, as you were used to. But that does not mean that I will stop, on the contrary.

A bit of history

The Stoned Society existed since 2012 and its main themes were cannabis and psychedelics. Together with a number of housemates I was living with at the time, we thought there were not enough good English-language websites about cannabis that also dared to talk about psychedelics. Now there are many…

It took some effort and start-up time, but then it ran pretty good. Until a day in October 2014, on which we lost 80% of our search traffic from Google. We tried a lot, but we never got over it.

That turned out to be a blessing later, otherwise I might never have walked into Derrick Bergman (at VOC Nederland) or Joep Oomen (at ENCOD, then still in Antwerp). Not long afterwards I also met the CNNBS founding fathers, Joop and Sanne, after which I talked them into letting me write a biweekly column for their platform in March 2015.

From then on it became clear to me that, as a freelancer and owner of The Stoned Society, I shouldn’t put all my eggs in one basket. I also met Steven Kompier and not long afterwards I was also allowed to make contributions for Cannabis News Network.

I also met Rens, with whom I would create a new Cannabis Cup that has since gained some fame, the HomeGrown Cup.

In 2016 I met my now best friend, who turned out to run the cannabis seed bank Suzy Seeds. Together we experienced many adventures and now we actually work together to make Suzy Seeds great again!

In 2017, The Stoned Society celebrated its 5-year anniversary.

All this meant that I had less and less time for The Stoned Society. I sometimes wrote something for it, or tried to get it going again. But whatever I tried, it always came to a standstill because I was busy doing other things.  Only recently did I realize that it was bad advertising for myself to have a website that is not kept up to date. That is why I abolished the site quite abruptly.

Ultimately 902,273 unique visitors visited the website, which would make a total of 1,726,856 page views. I was the best in Twitter, where organically some 37,000+ Twitter followers were collected.

It took a week, maybe two. But now there is a new website.

This new website is simply the website for my freelance company, where people and companies can view what I have done and for what they could hire me.

After all, as I write on the new site, activism doesn’t really pay well.

So I do remain active in the cannabis world, and instead of working for my own platform, I now work for companies and organizations in return for payment. If you are someone who can use my skills, let me know by contacting me, preferably through email.